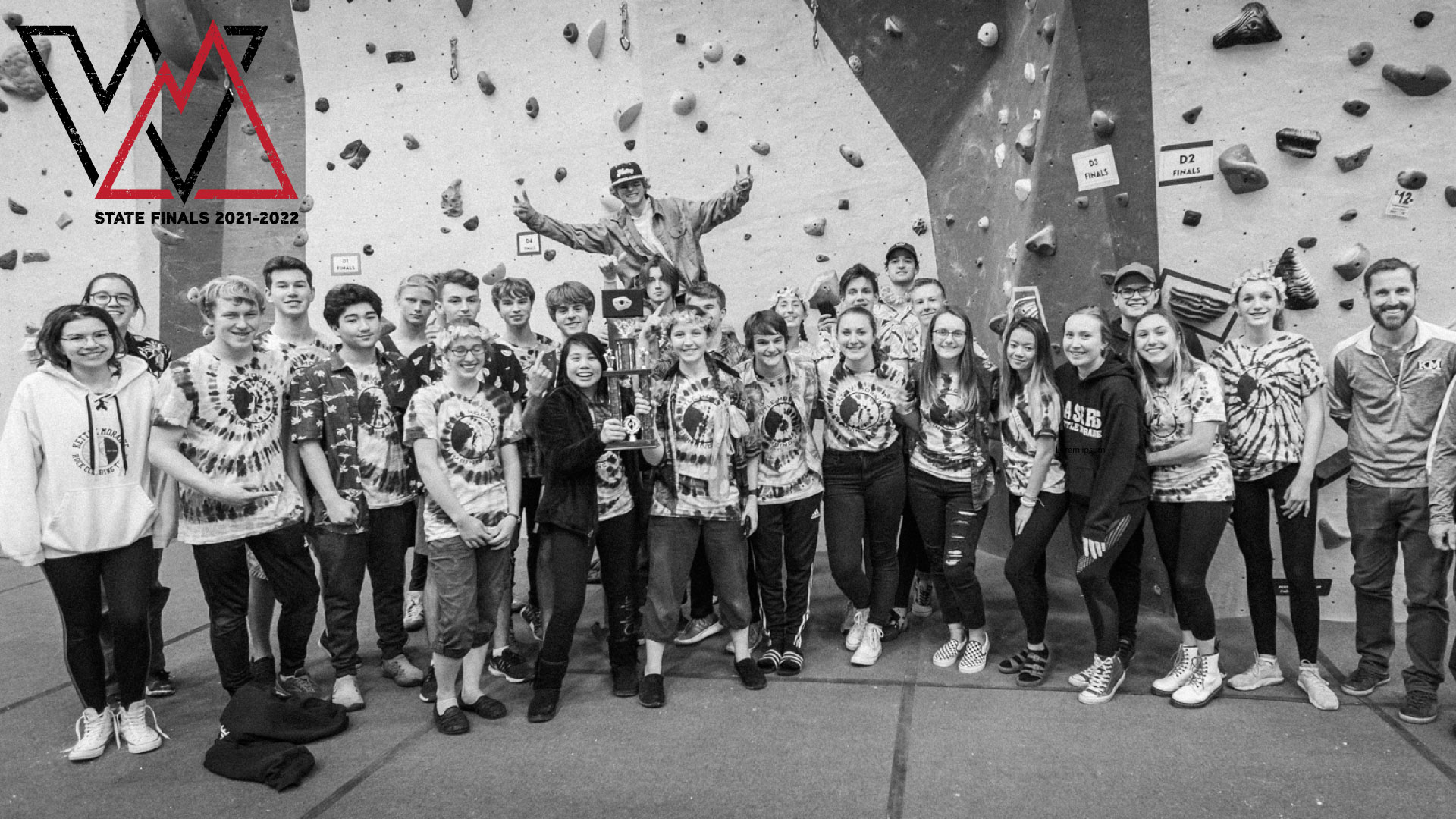 ONSIGHT FORMAT
Climbers have one attempt on each route (3 routes total) and are not allowed any information prior to their attempt.  State Finals will consist of a qualification round, followed by a finals round for the top 5 qualifiers from each division, male and female.  In the qualification round, each division will have 3 routes, with climbers being scored based on how high they get on each climb. DETAILED ONSIGHT FORMAT.
CHECK-IN & RUNNING ORDER
A competitor will be assigned a climbing time and can check-in up to 45 mins prior to their designated climb time. Check-in will be cut off within 15 mins of a climber’s designated climbing time, SO BE ON TIME! The entire team is allowed to check in with their first competitor and enter isolation if they would like. Once in isolation, competitors cannot leave until they’re done competing- so, competitors might want to be strategic about when they enter isolation.
The RUNNING ORDER is a schedule of when every climber will climb. The running order will start with the first climbers approximately at 10am and another round of climbers assigned every 4mins. A competitor that is assigned the 10am climbing slot can arrive no earlier than 9:15am and no later than 9:45am. The competitor will begin climbing at exactly 10am.

We need volunteers to judge routes and help facilitate the competition. We’re asking that each team bring 2-3 volunteers. If a parent/family/friend wants to spectate, we ask that they volunteer for the competition. If we have 2 volunteers at every route, one judging and one assisting, the parent/family/friend will be able to watch/assist while their climber competes and then judge while their climber is resting. We do ask that volunteers stay for the entire qualifier session, half of the session at minimum, so we don’t need to retrain volunteers throughout the day – especially since the competition is time sensitive. Please reach out to parents, family, friends, students, or anyone you know that would be interested in volunteering.
REGISTER TO VOLUNTEER!
VOLUNTEER CHECK-IN: 9AM*
COMPETITION: 10AM-2PM*
*Times as subject to change
RULES
Please view the rules video PRIOR to the competition. We will NOT hold a rules meeting before the competition begins.
WATCH RULES VIDEO

Which Gym Hours do you want to view?

Get directions to the gym.

Selects the gym you are going to climb.

Check out the deals on our

Limited time only.
You can use the membership/passes at any of our locations.

Check out the whole catalog! Just pick whichever gym is closest and don't worry, your membership and all of its perks can be used any any of our three locations.