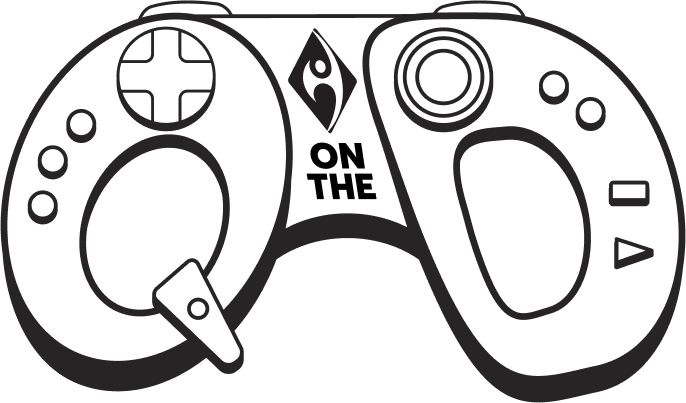 Don’t want to climb but still want to take part in the game play? Volunteer!

QotD takes place over the course of two days. Competitors will select one session. Each session will have three video game difficulties: easy, med, hard. Choose difficulty based on your Onsight ability.

Each session has a different number of spots per difficulty

Choose your session and choose your difficulty. Play as male, female, or Fortnite. Fortnite is 13 under.
There is no Fortnite for hard difficulty

The hardest level is a qualifier for the ‘boss’ level. The boss level will take place on Saturday at 7:00pm.

Volunteers do not have a price/are free to volunteer but not compete unless they pay.

Jiggity and Joddity were two ordinary dudes who had one thing in common: a passion for videogames. But one day, as they were playing a game powered by synthesizer music, a strange thing happened.
The music was suddenly replaced by monotonous tones and they got sucked into the videogame.

The two friends were confused, but soon noticed a message on the screen. It said that a mysterious force had taken over their game, and the only way to save their beloved game was to compete in a climbing competition called Quick on the Draw.

“This is our chance!” said Jiggity. “We have to do this!”

The two friends were determined to save their game and set out on their quest. As they climbed up the mountainside, they were surrounded by the sound of monotonous tones. It seemed like they were getting closer and closer to the source of the disturbance. Finally, they reached the summit and were greeted by a mysterious figure. It was a strange creature with the power to control the game.

The creature challenged Jiggity and Joddity to a climbing competition to see who would be the champion. The two friends accepted the challenge, and the competition began. The two ascended great heights, scaling walls, climbing trees, and navigating treacherous terrain. They pushed themselves to their limits, but in the end, it was Jiggity who emerged victorious…

…or so he thought.

Come to Quick on the Draw to help Jiggity and Joddity solve their final mystery and help save the beautiful videogame that is: GAMETIME.

From its inception, Quick on the Draw set itself apart from other climbing competitions by developing a new theme yearly to accompany the climbing and placing a heavy emphasis on FUN!

Previous themes like 80’s Hair Metal, Pirates, Elvis, and Dungeons and Dragons, have given us the opportunity to completely transform Adventure Rock Brookfield and engage competitors in developing thematic costumes to further enhance the fun and fully immersive experience.

Throughout the years, Quick on the Draw has taken on a life of its own, each year trying to out-do the off-the-wall antics from years prior.

Although much has changed throughout the years, hosting a fun and phenomenal competition for all ages, abilities, and experience levels, has remained a constant. Regardless of where you are in your climbing endeavors, you’re guaranteed to have fun at Quick on the Draw.

here is a random game to play 🙂

Which Gym Hours do you want to view?

Get directions to the gym.

Selects the gym you are going to climb.

WALKER’S POINT IS A BOULDERING ONLY GYM – NO ROPES!

Check out the whole catalog! Just pick whichever gym is closest and don't worry, your membership and all of its perks can be used any any of our three locations.